Back in Ushuaia and with our heads still filled with the images of penguins and icebergs we picked up our camper and said good-bye to the friends we had made on the boat. When we drove out-of-town we reflected on the fact that for the first time we were heading north. Since we left Juneau we had been driving south, the goal was to make it to the southern tip of South America. And we made it! Now it is time to head back, we planned to work our way up the famous Carretera Austral, a road in Chile that winds its way up along the west coast of the continent. On the map it looks a lot like Southeast Alaska. High mountains, dense forests, glaciers, fjords and countless islands.
As it turned out, it WAS very much like Southeast Alaska, our other home.
On our way we visited famous places like Torres del Paine, Mt Fitz Roy and Perito Moreno.
Driving through the vast estancias with their sheep, cattle and wild guanacos it makes you think of the people who live here. So remote and so windy. Yes, the wind is still an issue and it is relentless. Often there is no place to hide and it grabs you (and your vehicle) and shakes you and tries to knock you over.

The indigenous people here lived in simple shelters, hunted guanacos and were more or less naked. Wow, I am walking around wearing a down vest and wool t-shirt, hard to imagine. The wide open pampa is not really that wide open anymore. It is fenced off and many roads are gated. Not so good for the guanacos who don’t always make it when they get tangled up in the fence. Private property is a big deal. Once, when we camped beside a bridge (on public land) and I decided to go for a walk along a big river that ran through estancia land, it did not take long for the estancia manager to show up and question Günter about “the person that’s fishing out there”. He was nice and told Günter that this is a salmon river and they charge people to fish for atlantic salmon in their river. Well, I was not fishing, having commercially fished for salmon in Alaska and with a net for many years, I don’t really feel like angling. (Salmon and trout were introduced in Patagonia and are not endemic, they belong in the northern hemisphere. Between 1904 and 1910 Patagonia in Argentina imported numerous consignments of fertilized eggs of brook trout, landlocked salmon and lake trout from Canada. Patagonia also received shipments of brown trout eggs from Germany, France, Belgium and Great Britain. A consignment of rainbow trout eggs came from the United States and Germany. The United States was the source for the fertilized eggs of sockeye, coho and chinook or king salmon.)

The estancias have huge shearing sheds, butchering sheds and corals for separating the animals. The horses are beautiful, sturdy animals with a nice gait, it is a beautiful sight to see the gauchos on their horses herding the livestock with their dogs. 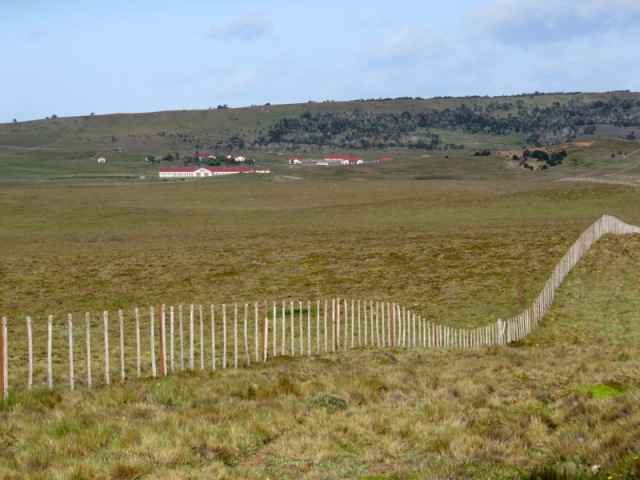 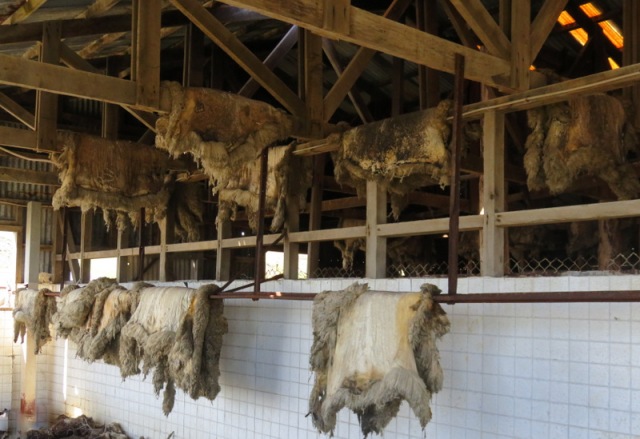 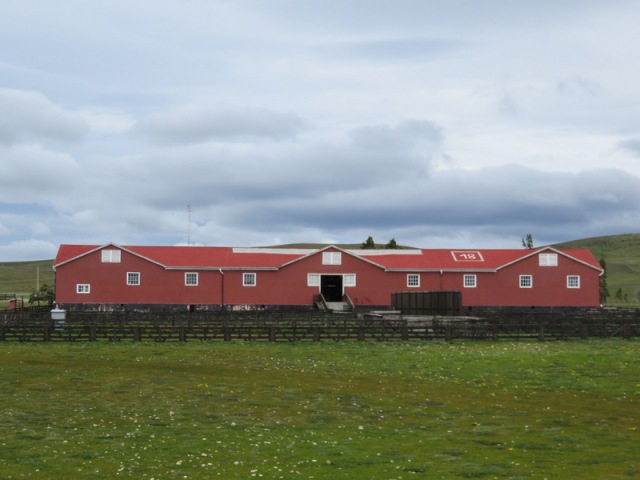 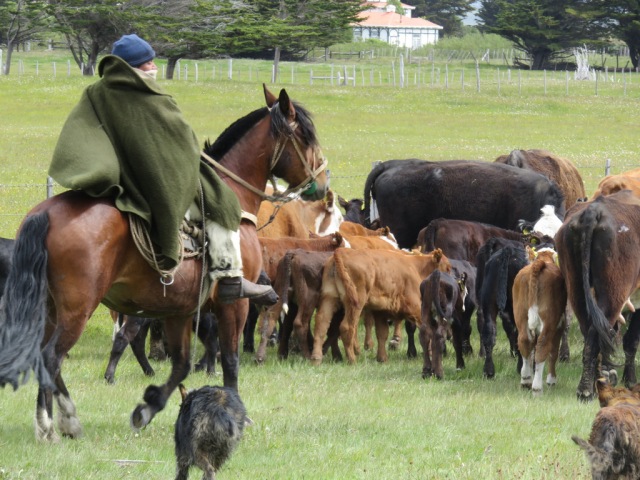 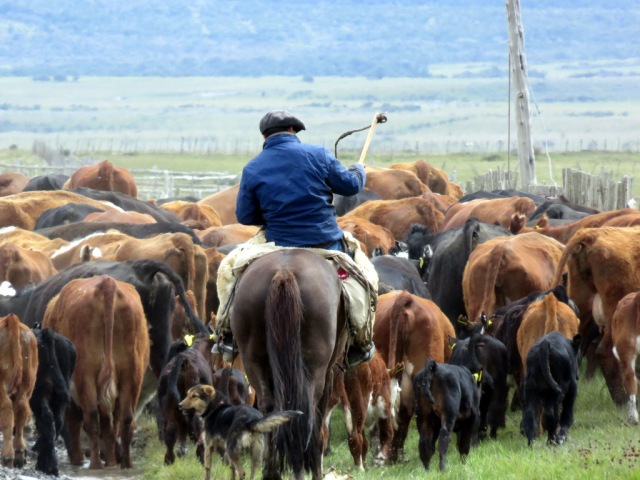 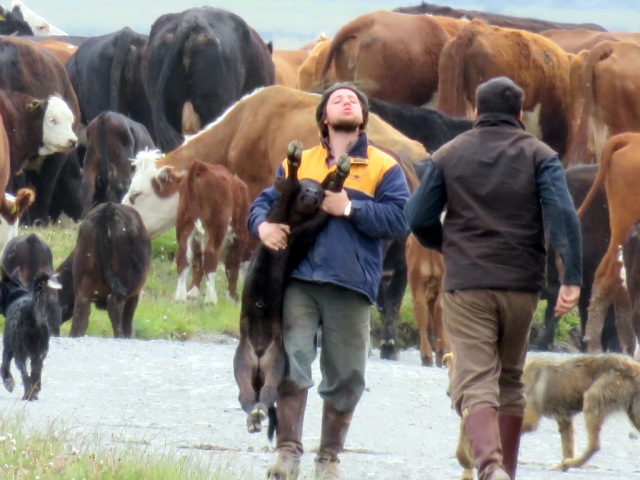 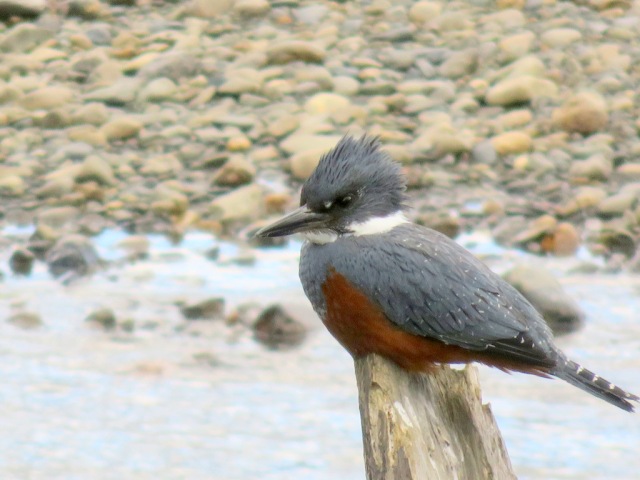 Ringed kingfisher, he had a nest in the river bank near our camper. 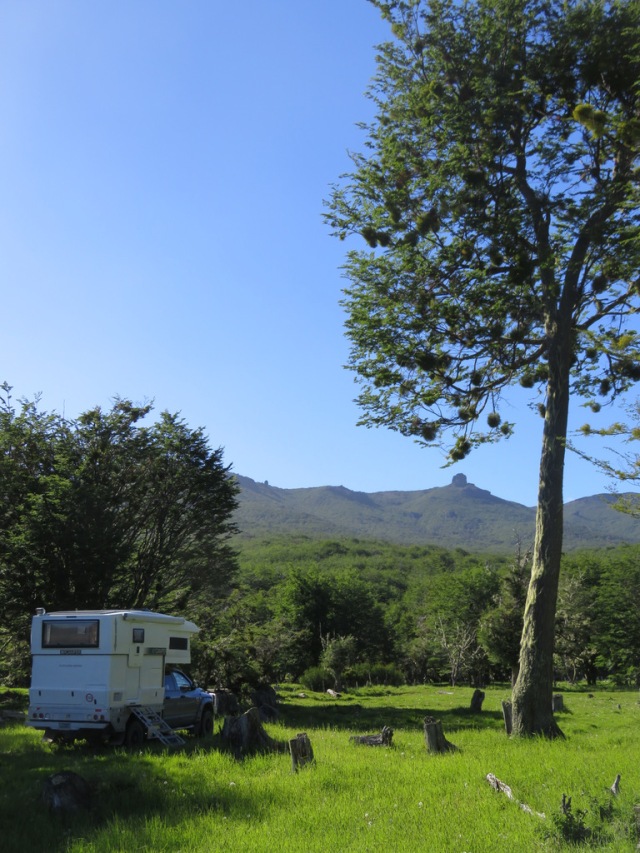 We camped in a field in the middle of an old growth forest of  lengas, a southern beech (deciduous). A formidable tree that can withstand the fierce winds and rough climate of Patagonia. It reaches an average of 30 meters (~100 feet) in height. Its leaves are small and green with sharp, toothed leaf-margins.  Come autumn, the lenga puts on a striking color show across the mountainsides. As the weather begins to chill in April, its leaves change from green into a fiery array of yellows, oranges and reds. 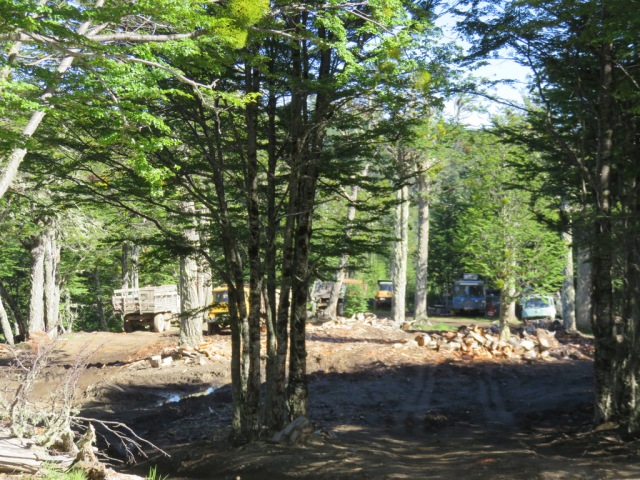 Sadly, the trees are logged out in many places and have to make room for faster growing foreign species like pines and firs. 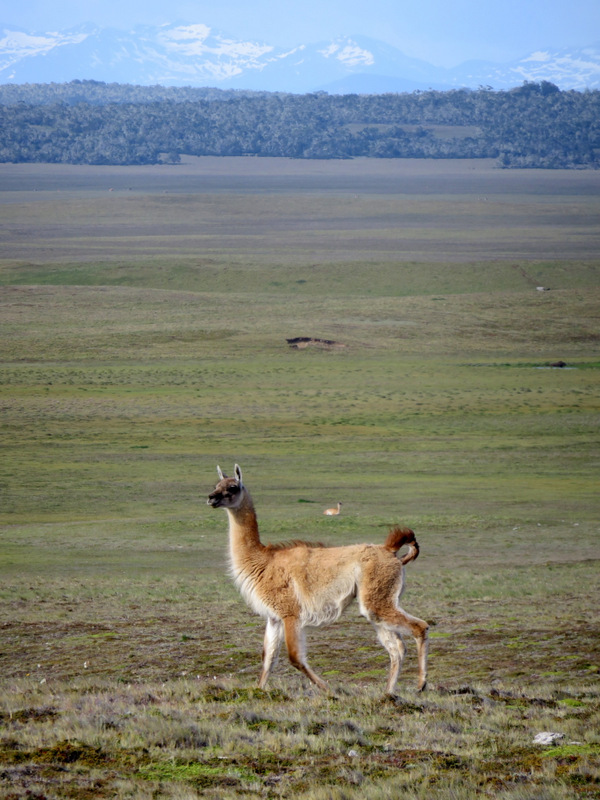 Guanacos share the pampa with the foxes, rhea and livestock. 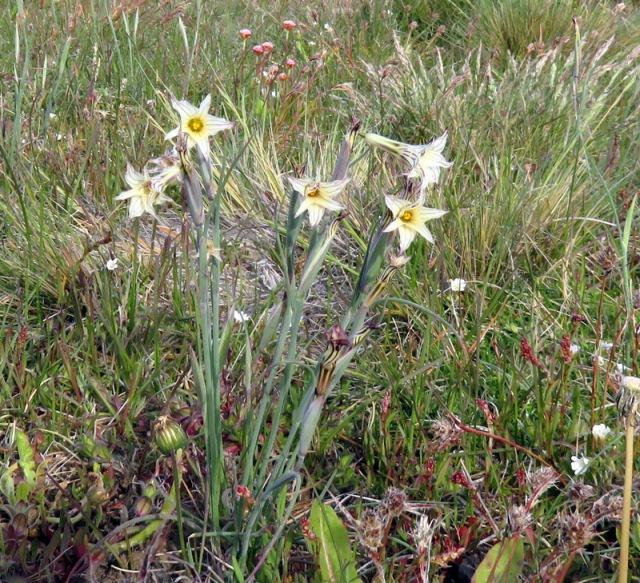 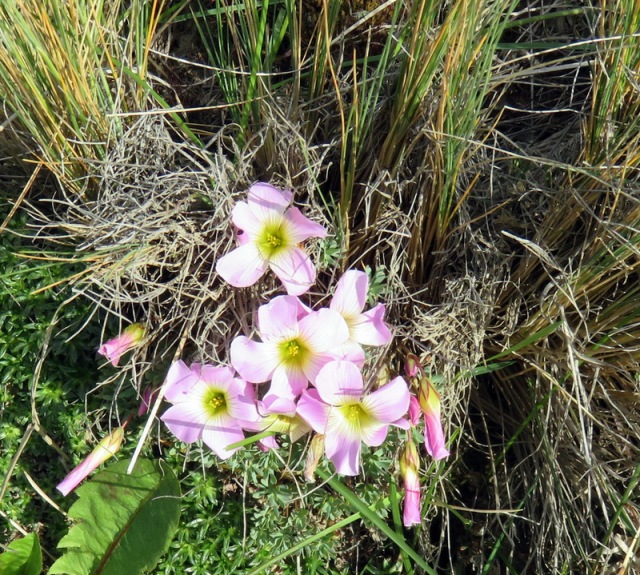 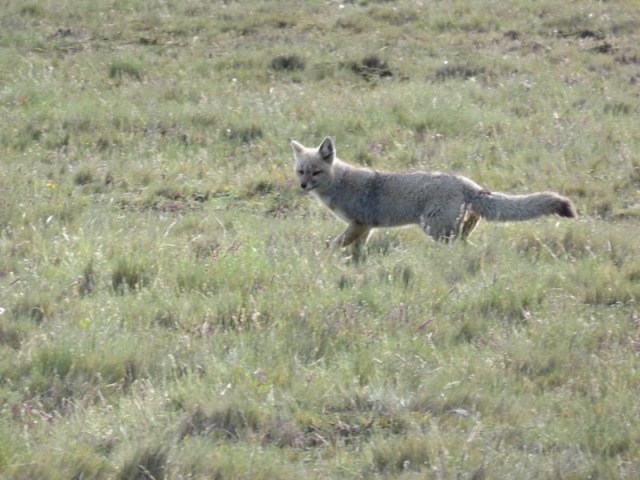 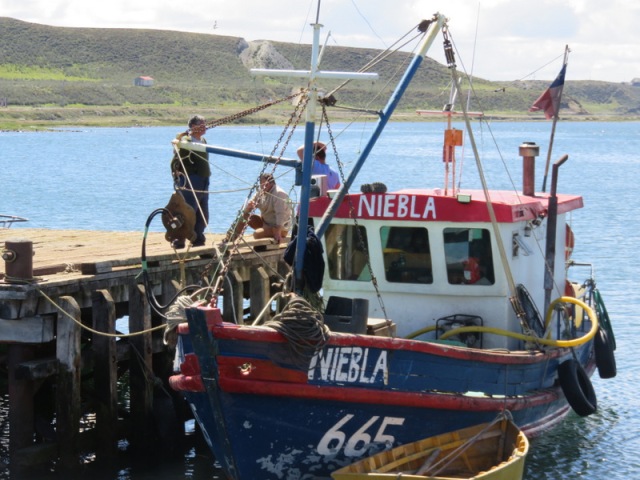 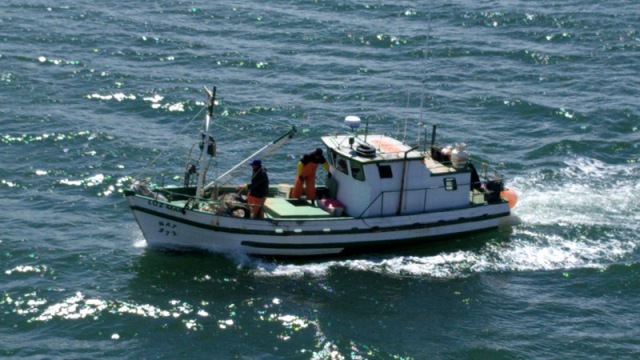 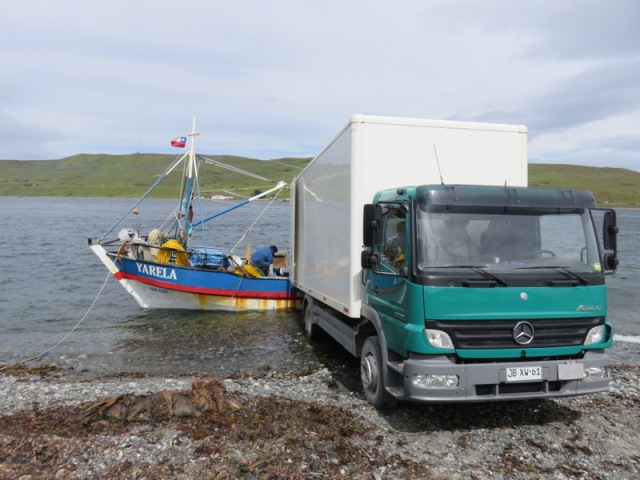 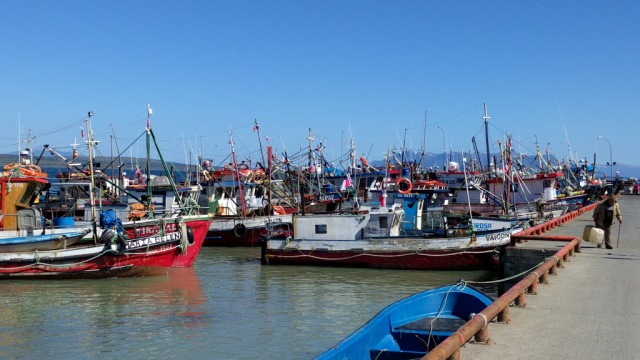 To go to Torres del Paine we crossed the border to Chile, stopped at some sleepy little towns, took the ferry from Porvenier to Punta Arenas and drove on to Puerto Natales. The sun was out and the fishing boats were in, so we bought a fish, broke out the bicycles and spent a few days there. 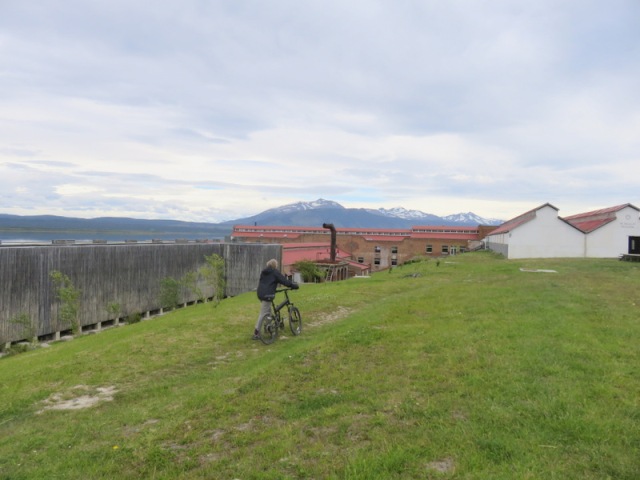 During the zenith of the sheep industry in Patagonia, two large “frigorificos” or cold-storage plants were constructed in the Natales area, of which one has survived. The plant at Puerto Bories, about 4 km NW from Puerto Natales, was a project of the Sociedad Explotadora de Tierra del Fuego. It was inaugurated in 1913 and in production until 1993. The Cold-Storage Plant was constructed in “Post Victorian Industrial” architectural style and features of number of British machinery examples which reflect the technology of the beginning of the 20th century. 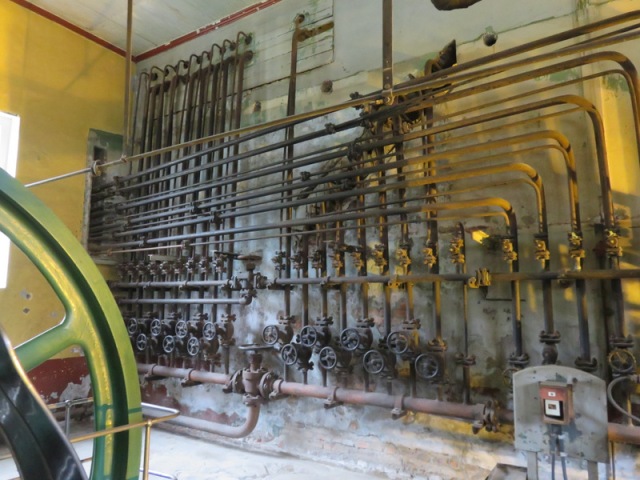 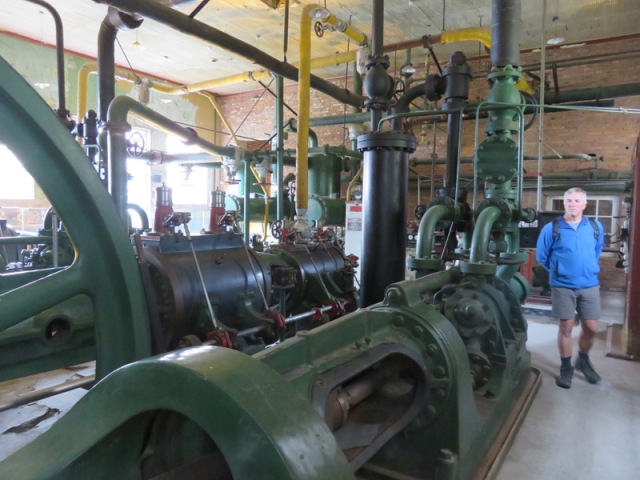 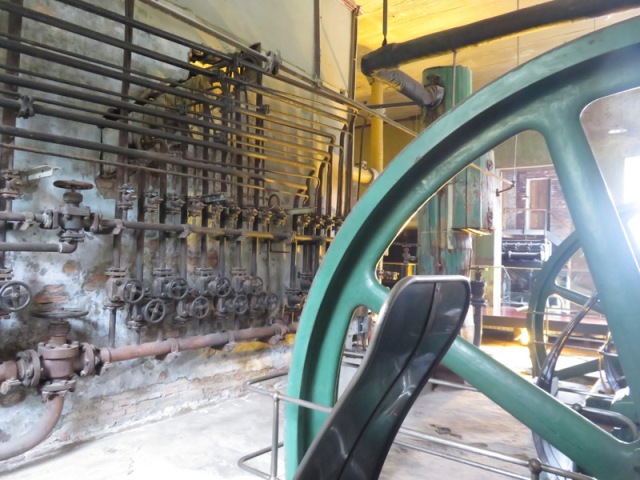 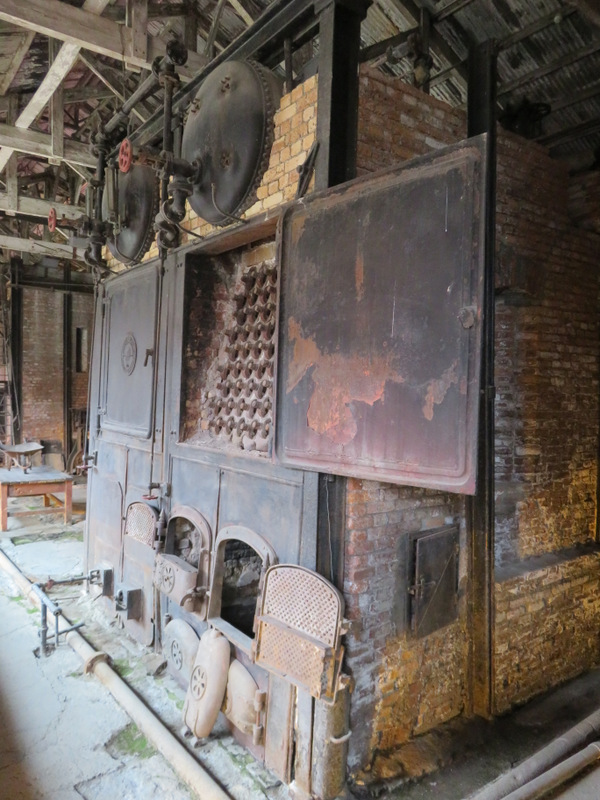 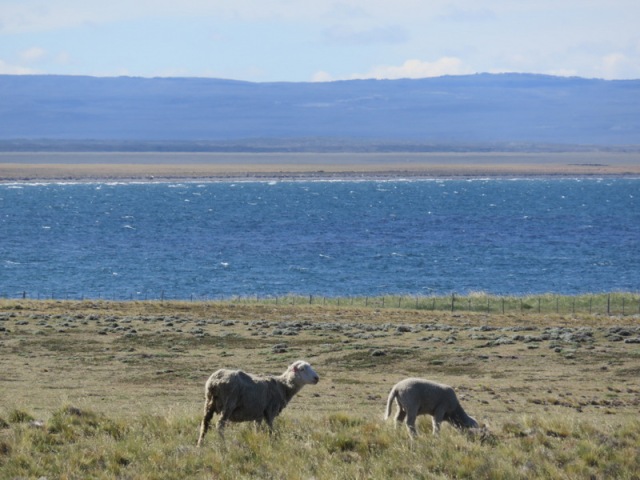 When the sheep industry collapsed and there were only two left (just joking) they turned the cold storage into a hotel (not joking) called “The Singular Patagonia”. We rode our bikes over there and stopped by for Kaffee und Kuchen. 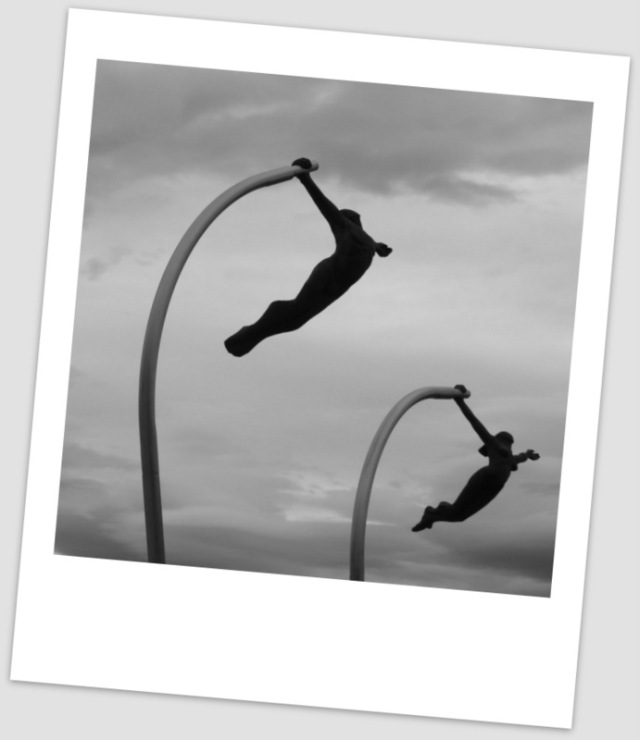 This entry was posted in Chile. Bookmark the permalink.