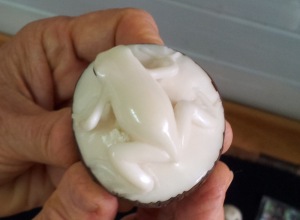 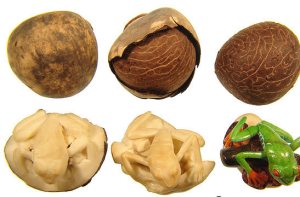 Carved from the nut of the ivory palm.

Panama is famous for “The Canal” and few people choose it as a vacation destination.

Nevertheless, it has beautiful mountains, beaches, wilderness and jungle, an interesting indigenous population, rare animals and large agricultural areas. Not to forget the Expat settlements, colonial towns and of course Panama City.

We spent a few days in the (very American) town of Boquete on the flanks of volcano Baru, close to the border to Costa Rica. First we camped on the banks of the river, then we decided to go higher and drove up a road until the pavement ended. There we found a flat spot beside the road, not easy to come by because the hills are steep and planted with coffee bushes.

Boquete camp spot by the river. 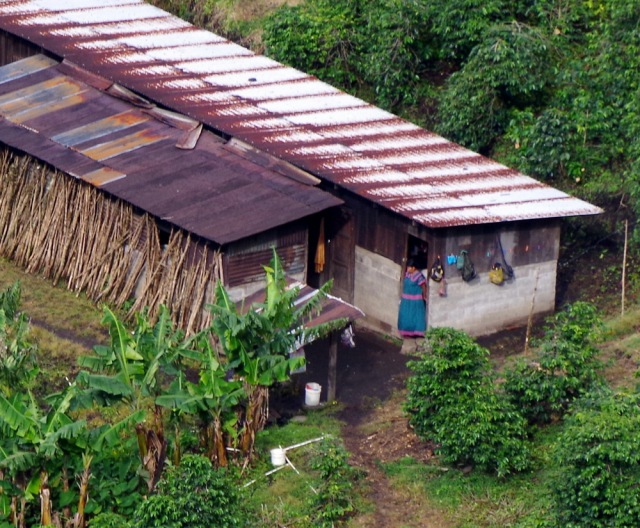 The only people up there were indigenous that worked for the coffee farmers. The hills were so step that I wondered if anybody ever tumbled down while working. Below us in a little valley was a farm-house with some outbuildings. There was no electricity and all the little houses went dark after night came, early to bed and early rise, just like us.

Boquete and the Pacific in the distance. 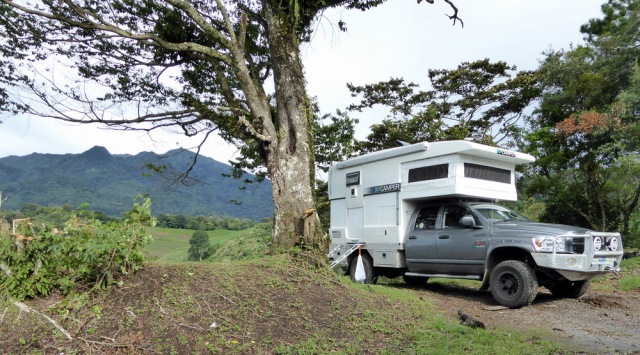 Our camp spot with volcano Baru in the back ground.

We spent a few hours in Boquete to get more copies of documents needed for the authorities in Panama in order to be able to ship our vehicle to Columbia by boat. We also used that time to go online in the local cafe and listen to the Expats tell each other about all the trials and tribulations that life in Panama brings with it. When a lady in the bakery asked Günter if he was “new” in town we decided that we probably should move on. We had to be in Colon at a certain date to drop off our car and before that we had to get a police inspection in Panama City which will not be done if it rains (because the inspector will not come outside in the rain). So we did not want to cut it too close. We had been in Panama a few years ago (yes, on vacation) but still had to pass up some interesting areas that we would have liked to explore. After a quiet night along the Rio Maria on the Finca Rita I went for a walk through the rice and sugar cane fields, the rice fields were flooded and lots of birds were everywhere. I love these early morning walks.

He is eating something….

That day we drove straight to Panama City. Vroni and Michael were already there and we planned to ship our campers together. Like most “overlanders” we parked near the Balboa Yacht Club, a good location. From there you can take a taxi to the historic part of town or the mall. I walked to the Museum of Biodiversity once day, a very nice museum designed by Frank Gehry. 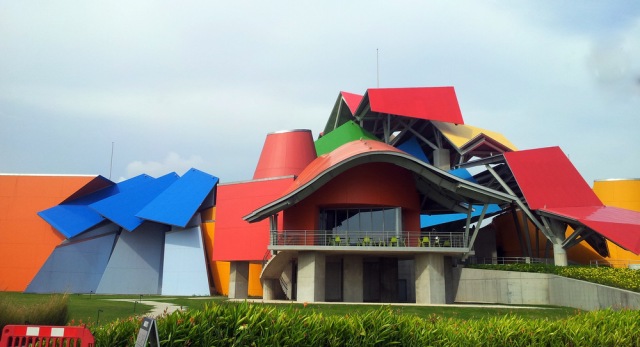 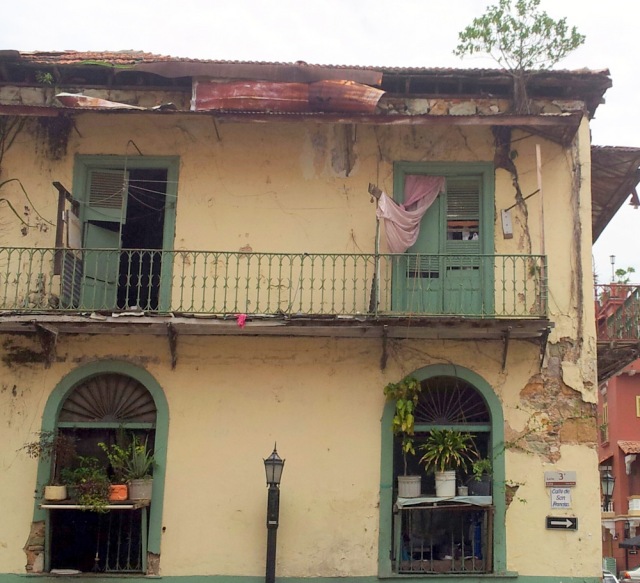 On to Colon, this place is not nice and considered dangerous, so we camped at a Hacienda/Adventure Park outside of town. A great place to wait. I will not bore you with a description of the paperwork and steps you have to go through until you finally have the car on board the ship. It is sometimes funny, sometimes infuriating and definitely tests your patience. We chose to go RoRo (travel on the ship with the car) and after 24 hours we were in Cartagena. The ship is owned by SC Line in Germany, the crew was Polish, the cabin comfortable, the food very good (Bratwurst and Sauerkraut). Vroni and Michael did not have such a good time in the dining room due to the waves and I felt sorry for them because they missed out on the good German food . 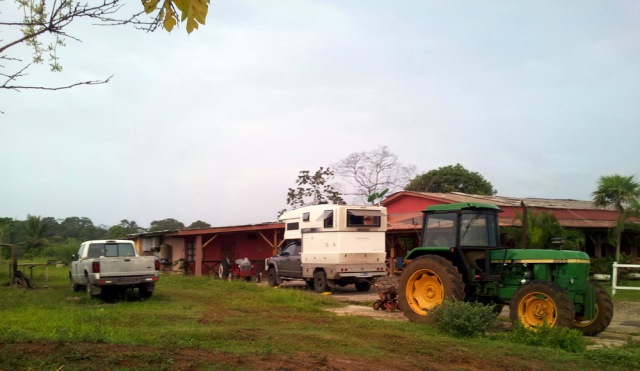 Walking at La Granja, lake Gatun in the distance. 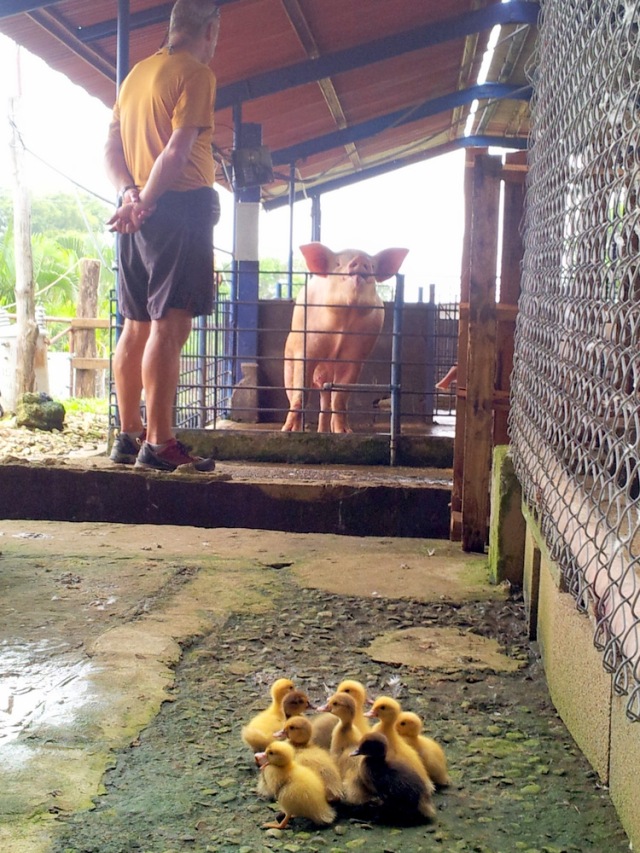 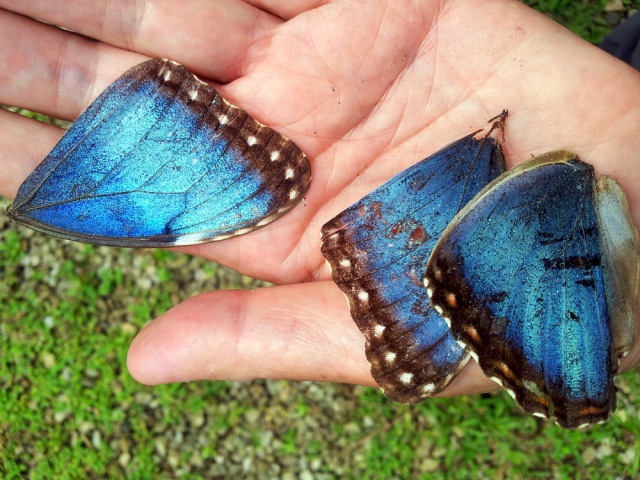 Waiting for the police inspection in Panama City.

Boarding the M/V Caroline Russ with Vroni and Michael

This entry was posted in Panama. Bookmark the permalink.