Tourism is has grown steadily in the Antarctic region. The “Lindblad Explorer” first started taking a few interested people to these places in the late 1960s. I remember as a young woman seeing their advertisements in the National Geographic magazine. Now there are several “Expedition Vessels” that make trips to Antarctica and neighboring islands.

So with the help of “Freestyle” in Ushuaia booked a trip with Quark Expeditions, we wanted to see the frozen world beyond.

The trip included the Falkland Islands, South Georgia Island and the Antarctic Peninsula. After parking our camper in a gated lot in Ushuaia we embarked on an amazing journey.
The boat (129 passengers and 80 crew) was comfortable, we had a nice stateroom, the crew was welcoming and as we were traveling down the Beagle Channel we were looking forward to a new and different kind of adventure.
The Falkland Islands are remote and not many people visit this windy and treeless group of islands, they consist of two large islands and 740 small islands and islets. The main industry is the sheep that can be seen everywhere and fishing right leases to foreign companies.
Argentina insists that it has ownership of the Falkland Islands, Las Malvinas, but they are still British for now. And when you go there you can feel it.
Our ship took around two days to get to the northern-west tip (of West Falkland) where we disembarked on the islands of Steeple Jason, Saunders and West Point Island, (1255 ha or 3100 acres and owned by one family). The Zodiacs took us ashore and dropped us off at the beach. Our guides not only are great Zodiac captains, but full of knowledge about the area and animals. Some of us needed extra help with getting in and out of the Zodiacs,especially when the seas were bumpy, there was always a helping hand and a smile from them.

From there we went for walks through high tussock grass, over hills, to large bird colonies. The birds are almost fearless of humans and walking along nesting Black-browed albatross and penguins we could observe them without feeling like an intruder.

Of the 3000 people who live on the islands, 2000 reside in the capital Stanley. In the harbor we saw three sail boats, one flew a German flag, we were tempted to go down to find out more about their travels. Were they going to round Cape Horn? We never found out because it was time to go back to the boat and head to South Georgia Island. 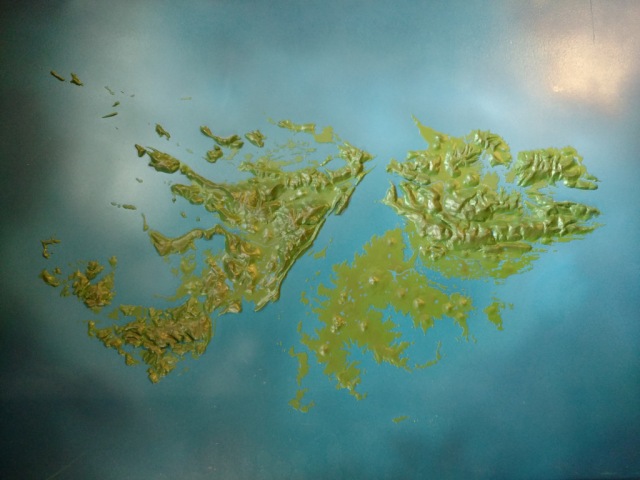 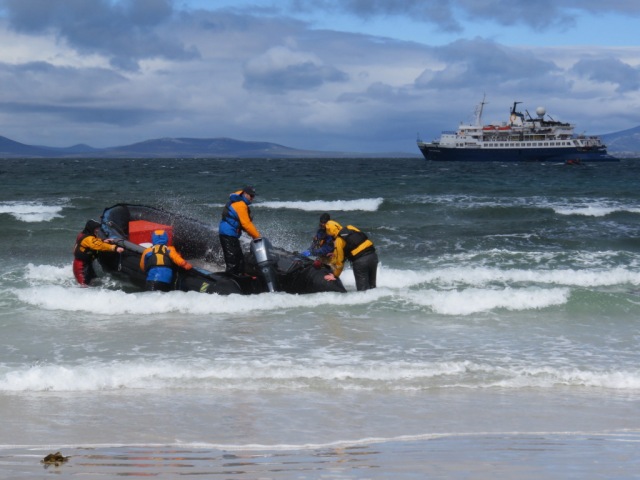 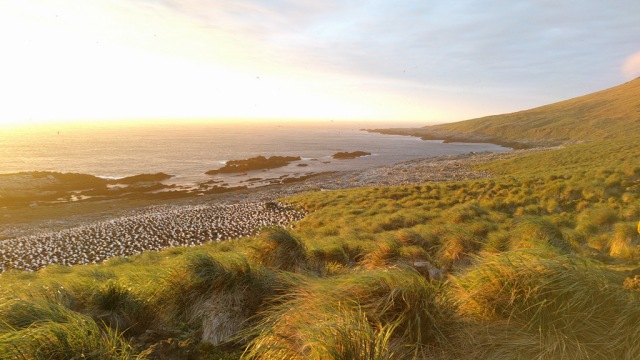 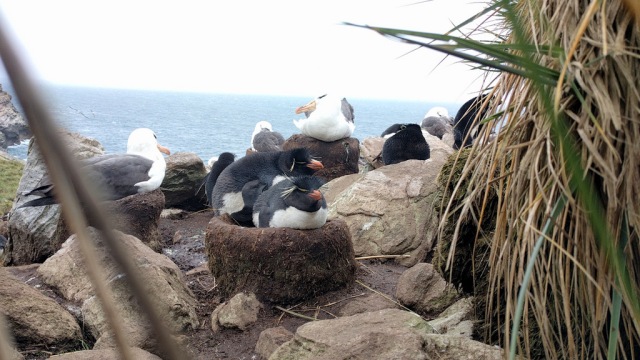 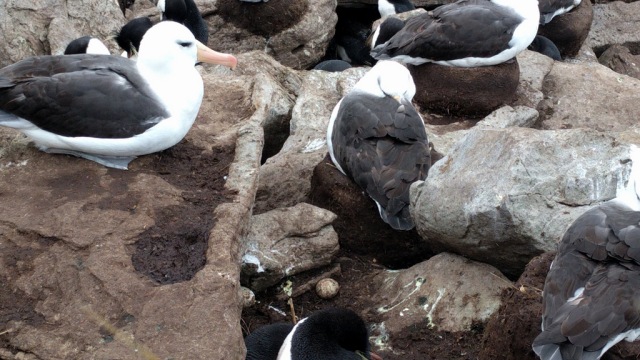 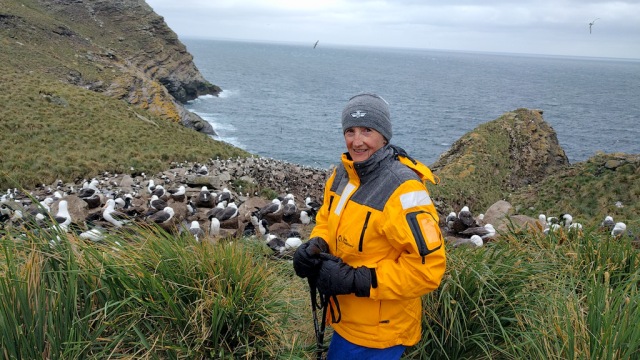 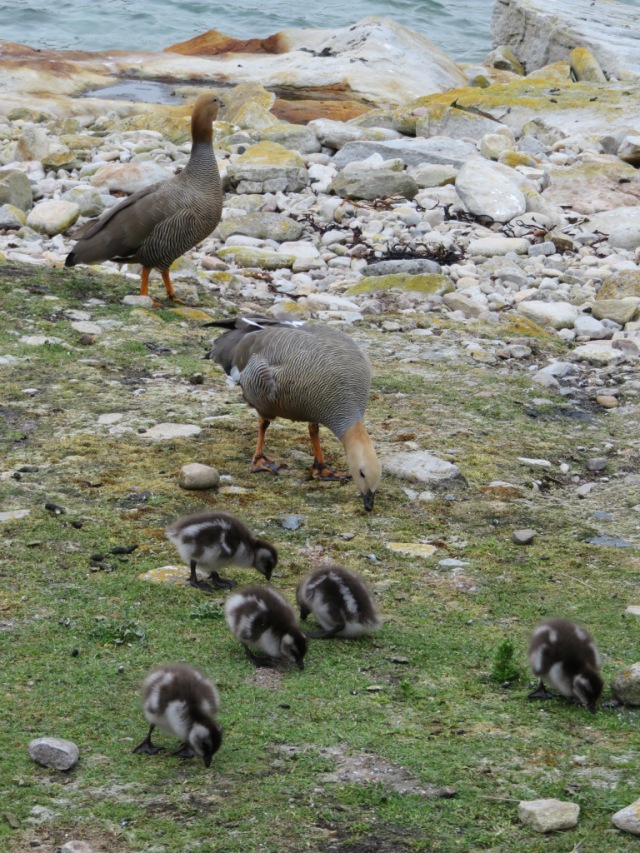 This entry was posted in Falkland Islands (Malvinas). Bookmark the permalink.

3 Responses to The Falkland Islands (Malvinas)