Kuelap, fortress in the clouds. (3000 m) The Chachapoyas culture inhabited the highlands before the Incas came and they left behind interesting ruins and graves, thirty known but many yet to be discovered. Driving up to the hilltop city ruins of Kuelap was amazing by itself. The road hugs a steep mountain and is very narrow, I was glad we did not meet much oncoming traffic. Once we had the worst part behind us I got a chance to look up and saw the remnants of the cloud forest that once covered these mountains as far as you could see. It still houses wild animals like spectacled bears, tigrillos and many – many birds, sadly, there is not much left of that forest. Reforestation is often done with Australian eucalyptus trees or pines. I don’t like the eucalyptus trees, bromeliads don’t like them either, and I never see birds nests in them.

The road up, on the lower right a site for a cable car tower 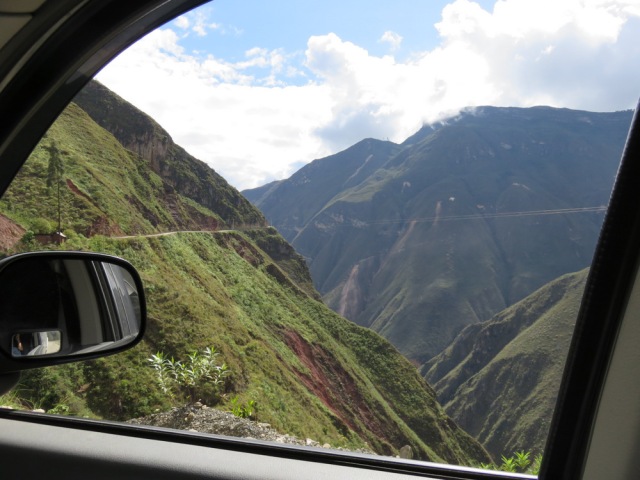 Chachapoyas means “People of the clouds”. Kuelap has a nice little visitor center and quiet parking lot. Since the drive up there is not for everybody, it does not get many visitors. We were allowed to stay in the parking lot and spent two nights there, beautiful and quiet.

The ruins were beautiful and very impressive, pre-Columbian built around 500 to 1500 AD. We spent most of the day wandering around sitting on ledges and tried to imagine what it was like when they were inhabited so many years ago. All the houses were round with thatched roofs. The kitchens had separate walled off corners where the guinea pigs were kept. The guinea pig was first domesticated as early as 5000 BC for food, the people in the Andes eat them like we do chicken or other domesticated animals.

The views in all directions were expansive, with cloud forest and patchwork quilts of fields everywhere. Other than a few llamas and archeologists, we had the place to ourselves most of the day.

There is some excavation of another kind going on beside the visitor center, the government of Peru decided that Kuelap needs to get more tourists and tourist money. They call it the second Machu Picchu and are in the process of building a cable car (together with Doppelmayr from Austria) up there from the town of Tingo Nuevo. They plan to be operating in 2016 so we are glad we came here when it was still peaceful and quiet. 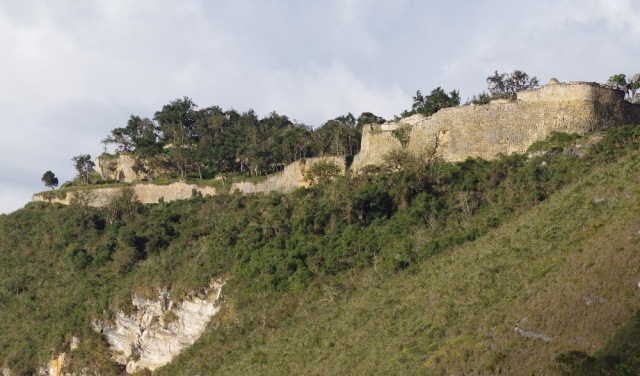 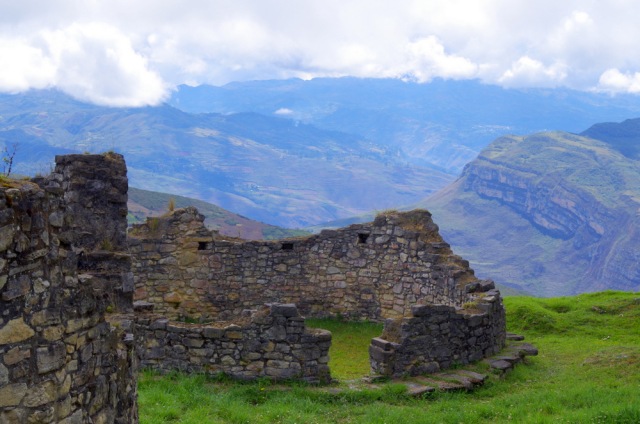 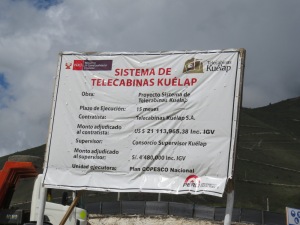 The trails are being used by workers who excavate the sites for the cable car towers.

This entry was posted in Peru. Bookmark the permalink.